In this article, I talk about:

*ALSO, This week I started a 30 day Ableton Live free trial (i’m a Pro Tools user). So far, I love Ableton. If you use virtual instruments, you need to check it out. I’ll give a full review of Ableton in a couple weeks.

Reverb Basics: What is Reverb?

Reverb is the sound reflection that a listener hears when it bounces off of a surface in a room, or surface of an object.

The density and type of material that make up a surface, as well as the number of surfaces, determines how a sound reflects around a room, and what the reverb will sound like. 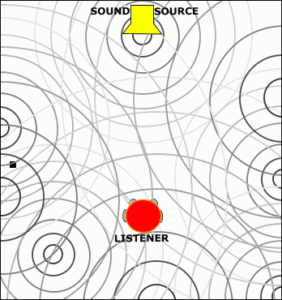 The density of the surface also determines the type of frequencies that will be reflected back to the listener. Certain materials might absorb or reflect high or low frequencies.

For example, a church with marble floors or walls will also bounce back a different spectrum of frequencies, than a carpeted room.

Here are 4 parameters of a reverb that you can tweak to get the sound you want. They are 1) early reflections, 2) decay time, 3) damping, and 4) pre-delay.

These early reflections usually occur within 5 – 20 milliseconds after the initial sound.

2. The decay time is the length it takes for the last perceptible echo to
be heard by the listener. 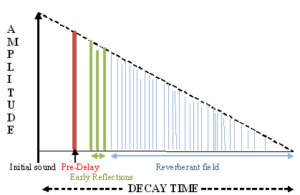 The longer the decay time, the longer it will take your reverb reflections to die out.

Longer decay times might work better when instrumentation is minimal, but they can make a mix sound washed out in a complex arrangement with many instruments.

3. Pre-Delay is the time it takes for a sound to generate its first reflection.

4. Damping occurs when a reflection hits a soft surface, such as a carpet, and it loses some of the high frequencies in its reflection.

Reverbs used in music production usually fall within the 6 categories below:

Plate: A plate reverb is a method of generating reverb in 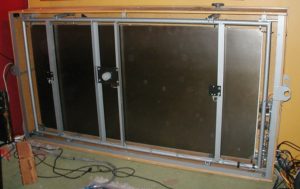 which a sound was played into a metal plate, held in place by springs. Digital plate reverbs mimic this technique.

Plate reverbs are commonly used in production on vocals, organs, and snare drums to give them length, width, and a bright sound.

Hall: A hall reverb mimics the reflections that occur in a concert hall. This type of reverb generally lasts between 1.2 to 3 seconds.

Halls reflect from the low end of the frequency range.

Hall reverbs can add 3 dimensional ambience and width to a mix. Halls tend to have strong first reflections and can be used on lead vocals, strings, or a stereo mix.

Chamber: a chamber is a smaller space than a hall an creates reverbs ranging from .4 to 1.2 seconds. Chambers can be used on pads, vocals, or drums.

Room: A room reverb mimics the acoustic reflections of a small room.

Room reverbs have a ‘short decay time’, that can last between .2 to 1 second. The reflections of a room reverb are initially strong, but fade quickly. Room reverbs can be used on stereo mixes, drums, or guitar.

Spring: a spring reverb simulates the reverb generation method in which a 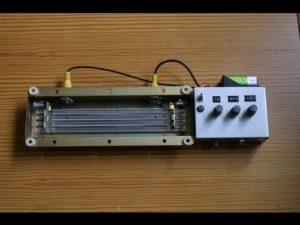 sound was played through a metal spring by a transducer; a spring reverb is most commonly used in guitar amplifiers.

This type of reverb gives a vintage sound and is most commonly used on instruments like organ or guitar.

Reverse Reverbs: with this type of reverb the sound of the reflections runs in reverse, gradually getting louder instead of quieter.

Here are a few tips you might test out when tweaking a reverb on your vocals:

Reviews of The 3 Reverb Plugins I Demoed

SO, I tested demos of 3 well rated reverb plugins in Ableton that are available in both VST/AU format. They include: Toraverb, Eaverb, and Sparkverb.

Here are the Features i liked:

It comes in both VST and AU format. The cost of Toraverb is $45.

You can download a two week free trial (with some limitations) of Toraverb here.

Eaverb is well rated, has MANY features to tweak, but it more expensive reverb plugin at $136.

Eaverb has a nice graphical interface, and has MANY parameters you can tweak. (Almost TOO many.)

Here are the Features i liked:

Here are the Features i disliked: 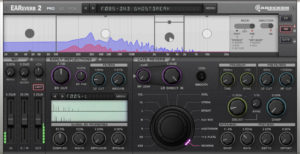 It includes three modes including: Pro mode that gives access to all features and parameters. 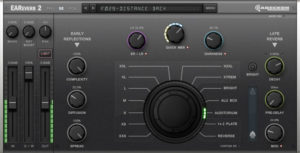 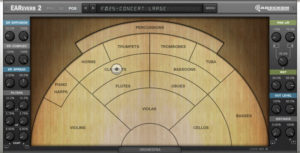 POS mode allows you to place an instrument in a particular location in a room.

Eareverb comes in AU, AAX, VST format. The cost of Eareveb is $136

You can download a free trial of 10 day trial of Eareverb here.

Sparkverb is a high quality reverb, which has a unique interface and make 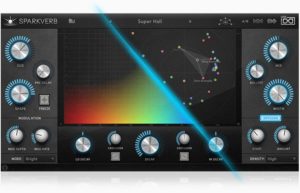 dialing in the right sound a quick, and simple process.

It has a feature called Preset Voyager, which allows you to surf though presets based on their characteristics.

Here are the Features of Sparkverb i liked:

Here are the Features i disliked:

It allows you to adjust decay globally, across multiple frequency bands w/ hi-lo multipliers and crossovers directly with a single interface.

The supported formats are AU, AAX, and VST.

You can download a 15 day free trial of Sparkverb here.